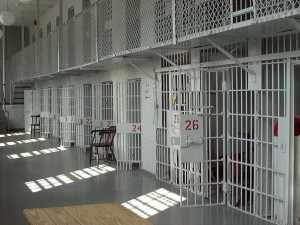 Walter Cardin, 55, of Metairie, Tennessee, was sentenced on April 12 in U.S. District Court for lying about worker injuries while working as safety manager for the Shaw Group. Cardin was sentenced to six and half years in prison followed by two years of supervised release. In November Cardin was convicted of eight counts of major fraud against the United States. The charges involved not reporting or misclassifying worker injuries at three plants owned by his employer, Stone and Webster Construction, a subsidiary of the Shaw Group.  The falsified injury records enabled his company to collect $2.5 million in safety bonuses from the Tennessee Valley Authority, the U.S. government agency which oversees nuclear facilities. Cardin could have received a sentence of up to 10 years in prison and fined up to $1,000,000 for each offense.

Cardin’s employer, Stone and Webster Construction had been contracted by the TVA to provide repair and maintenance services at three nuclear sites as well as construction work for a restart at one of the facilities. Cardin falsified safety records at the Sequoyah and Watts Bar plants in Tennessee and Brown’s Ferry in Alabama between 2004 and 2006. The TVA-Office of Inspector General conducted an investigation that led to the charges being filed.

Evidence was presented in the case of more than 80 injuries not properly recorded. Employees testified that medical treatment for their injuries was delayed or denied due to the falsified reports. In early 2009, Stone and Webster Construction, Inc. paid $6.2 million to the federal government in a civil settlement for the alleged improper recording of safety records while under a $10-billion long-term contract with the TVA.

In addition to the charges of falsifying records, Cardin was found to have obstructed justice after denying that he intentionally misclassified the records and saying that he had no knowledge of safety bonuses being tied to the injury reports, after investigators found emails that proved otherwise. This charge was taken into account in deciding Cardin’s sentence.

Prosecutors comments on the case pointed out that Cardin’s actions in his role as safety manager affected safety at nuclear sites, discouraged employees from reporting injuries, resulted in employees having to work with injuries that could create further risks to themselves and others, and kept employers from addressing other safety issues.

U.S. Attorney Bill Killian said, “These convictions will put all Tennessee Valley Authority contractors on notice that criminal violations to maximize profits with TVA will not be tolerated in the Eastern District of Tennessee.”