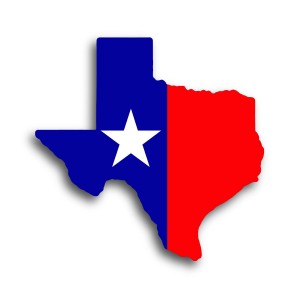 A number of facts have come to light regarding the recent fire and explosion at the West Chemical & Fertilizer Co. plant. Although there are plenty of federal and local standards and laws in place to insure occupational and environmental safety, something didn’t work to prevent the tragedy that occurred in West, Texas this past week.

Facilities which store and use hazardous chemicals are required to follow certain safety standards and procedures. West Chemical & Fertilizer Co. had reported to the Environmental Protection Agency that the worst possible hazard from the 54,000 pounds of anhydrous ammonia stored and used at the plant would be a 10-minute release of ammonia gas which would not injure or kill anyone. Another possible problem, they said, could be a leak from a hose used to transfer the material, but this also was considered as not presenting a risk of injury. However, in 2006 a complaint was filed with the Texas Commission on Environmental Quality stating that there was a “very bad” smell of ammonia at the plant. The agency investigated and cited the company for failing to obtain or to qualify for a permit.

A review of the records also found that the most recent inspection by the Occupational Safety and Health Administration (OSHA) of the plant was 1985. At that time, OSHA issued a $30 fine for a serious violation for storage of anhydrous ammonia. Although the plant was cited for 4 other serious violations of respiratory protection standards, they negotiated a settlement under which they only paid the one fine of $30, although the maximum fine for a serious violation at the time was $1,000. Due to OSHA’s lack of adequate numbers of inspectors, many workplaces can go without inspections for years.

Another consideration which has been discussed was the wisdom of the zoning that allowed schools, nursing homes, and houses to be built in such close proximity to a fertilizer plant that housed a 12,000 gallon tank of volatile substances. It has been suggested that part of the safety planning should have included zoning considering that the type of explosion resulting from these chemicals not only destroyed the facility but seriously damaged the surrounding, injuring and killing people in the area.

It is clear that these possible contributing factors in the tragedy are the results of many different causes including lack of funding for agencies such as OSHA, so that there are an inadequate number of inspectors to conduct regular and timely safety inspections of workplaces such as this one.

Another consideration which has not been mentioned in the press, but is readily available is that of safety training, such as the OSHA Authorized Outreach Training available for workers and supervisors. If employees are well-trained in safety standards and in identifying safety hazards in the workplace, then they can report safety hazards that are not being rectified by employers to OSHA or other appropriate governing agencies at all levels to alert them of the need for enforcement. This type of feedback could prove invaluable in saving lives by making sure that safety standards are followed or enforced. If everyone participates in and takes responsibility for safety then perhaps tragedies like the one at the West Fertilizer plant could be averted in the future.