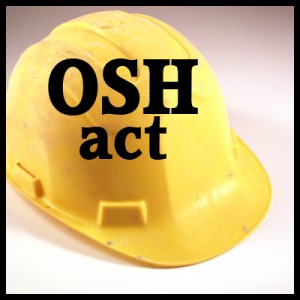 In Washington, D.C. a ceremony was held on April 29 attended by the acting U.S. Secretary of Labor Set Harris, Assistant Secretary Dr. David Michaels, who heads the Occupational Safety and Health Administration (OSHA), and Assistant Secretary Joe Main, director of the Mining Safety and Health Administration (MSHA). Also in attendance were family members of workers who died during the past year. A panel discussion was also held on occupational safety and health protections for temporary workers.

President of the American Industrial Hygiene Association (AIHA) Allan K. Fleeger said, “This day of remembrance is especially poignant as we mourn those lost in the explosion in Texas. Our thoughts are with those affected by this tragedy, and we remember all workers who have suffered or died while on the job. AIHA’s members and volunteers are committed to the continued improvement of worker health and safety.”

Also remembered were those who died in the recent collapse of a building that housed a garment factory in Bangladesh. At least 348 workers died in that disaster and five people have been arrested for their responsibilities in the tragic occurrence.

National Institute of Occupational Safety and Health (NIOSH) Director Dr. John Howard spoke about the 80% drop in work-related deaths in the United States during the past century. However, he pointed out, “It is important to recognize that progress is only a relative term as long as anyone faces a risk to life or well-being at work.”

Dr. Howard talked about current initiatives that NIOSH is focusing on. “Falls are a basic cause of serious injury and death at work, and they continue to impose human and economic costs on the construction industry. Financial experts agree that a robust construction industry is a key ingredient for sustained economic recovery and growth. A robust industry must be free of injuries that impair and kill workers. On April 28, the National Institute for Occupational Safety and Health (NIOSH) and its diverse partners will re-launch their national information and media campaign to prevent falls, fall-related injuries, and fall-related deaths in construction.

“As the market for nanotechnology expands, scientists and engineers have a historic opportunity to design prudent exposure-control measures into the processes by which carbon nanotubes and other nanomaterials are manufactured and incorporated into final products. NIOSH’s Current Intelligence Bulletin on carbon nanotubes and carbon nanofibers, issued this week, provides model recommendations that will support the safe growth of nanotechnology as scientists continue complex research to fully understand its occupational safety and health implications. In this way, we advance beyond the 20th Century practice of introducing new materials into the workplace and only later, as an afterthought, considering questions of worker risk.”