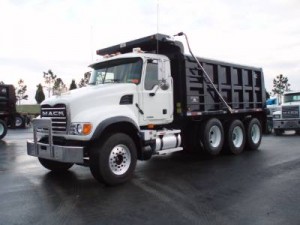 On July 26, 2012, Police Officer Jose Torres, 53, who had been assigned to direct traffic at a work site in Westfield, Massachusetts, was killed when a dump truck operated by a Revoli employee backed over him. At the time there were two backup alarms sounding from different vehicles. Torres apparently was unaware that the dump truck was backing toward him. Officer Torres, an Army veteran, was well-liked and had twice received citations for heroism during his career. He is survived by a wife and two sons.

Revoli had been hired by the city of West Springfield to complete a pipe project. Part of the work involved was in the neighboring city of Westfield, where the accident occurred. The company is scheduled to return in the spring to finish the job at the Westfield worksite where the fatal accident occurred. Due to the citation issued by OSHA and a history of safety violations by Revoli, Westfield Mayor Daniel M. Knapnik has made the decision that when work resumes at the site, roads where work is being done will be closed to all traffic for safety reasons. Knapnik, who has 20 years of experience in his career before becoming mayor said, “The number one killer on a job site is a dump truck that is backing up.”

The citation issued by OSHA to Revoli is for a repeat violation of standard 29 CFR 1926.21 (b)(2). The citation states that the “employer did not instruct each employee in the recognition and avoidance of unsafe conditions and the regulations applicable to his work environment to control or eliminate any hazards or other exposure to illness or injury.” The citation requires that the company must “conduct and document daily (or as necessary) briefings with all exposed employees on the job site where those employees are exposed to vehicular and other job site hazards…Specific abatement documentation that this violation has been corrected must be provided [to OSHA] within 10 days of the abatement in accordance with 29 CFR 1903.19(d)(1).”

OSHA Springfield area director Mary E. Hoye also wrote a letter addressed to Shawqi Alsarabi at Revoli with recommendations for improving conditions which, though they were not found to be violations in the OSHA inspection, would be significant to reducing or eliminating safety hazards. The letter stated, “Specifically, OSHA is concerned with your company’s apparent lack of focus on safety and accident prevention…Had a comprehensive safety program been in place and enforced, an accident of this magnitude may have been avoided.”

The OSHA investigation found that the truck involved in the accident was equipped with a backup alarm as required by federal law. However, the truck driver was unable to see what was behind him as he backed up and was relying on anyone in the way to remove themselves from the truck’s path. Hoye’s letter to the company’s representative recommended that Revoli explore the use of backup cameras and microwave-Doppler backup warning systems which would alert drivers of obstructions they are not able to see.

Revoli has a history of safety violations. The company received a citation from OSHA in 2005 for failing to provide cave-in protection for its workers at a work site in Gloucester, Massachusetts and was fined $115,900. The citation noted that in the previous twelve years, Revoli had been cited nine times for not providing cave-in protection for workers. Revoli also received citations from OSHA in 2008 and 2009.